On December 20, 1979, the New Jersey Law Journal published the following Letter to the Editor, submitted by now-retired Metuchen lawyer Henry Gurshman. Although the suggestions in Mr. Gurshman's letter were never adopted, their wisdom, over four decades later, is still evident. Behold:

I read with great interest the article and editorial in the issue of December 13th concerning the low pass rate on the most recent bar examination. 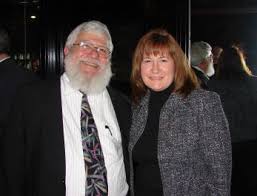 Both the article and the editorial make it clear that the root of the problem is the candidates' performance on the essay question portion of the examination. As I see it, it is possible with minimal effort to turn weakness into strength and simultaneously raise the pass rate to unprecedented levels and guarantee full employment for the organized bar for the foreseeable future. The solution, which is elegant in its simplicity, does not involve changing the bar examination in any way.

Those candidates who successfully pass both the multi-state and essay portions of the examination will be granted plenary admission, as before. Those candidates who pass the multi-state portion of the examination but who fail the essay portion will be granted a new type of license, which I suggest be called a Limited Scrivener's License. Holders of this license will be limited in their practice to the drafting of written instruments, e.g. leases, contracts, separation agreements and the like. A further possible refinement would be to grant those whose answers to the essay questions are totally incoherent an even more restrictive license limiting the holders thereof to the drafting of legislation.

It is obvious that reorganizing the licensing system as I suggest will instantly increase the pass rate on the examination to a level which other states can only envy. The impact upon the bar will be equally beneficial. Within a short period of years, the public will be able to pick and choose from among a flood of Limited Scriveners to meet its legal needs, and the number of such marginally literate practitioners will inevitably result in price competition which will keep the cost of their services well within reasonable limits. Those holders of plenary licenses, on the other hand, will never be idle, for the avalanche of incomprehensible legislation and poorly drafted instruments generated by the Limited Scriveners will be a never ending source of litigation.

I realize that there are those who will condemn my solution as too extreme. To those critics, I can only say that the bar must be flexible. The tide of marginal literacy is rising swiftly; those who chain themselves to the rock of tradition will drown.

Editor's note: On the occasion of Mr. Gurshman's birthday in 2019, the New Jersey Expungeatorium™ forwarded a link of this page to him. Here is his reply:

Thank you for the greatest gift of all- the sound of my own voice. It makes my birthday all about ME!

Thank you for the good birthday wishes. It was very enjoyable; after several weekends of scheduling and weather foulups I took (and passed) my glider spring checkride. I managed not to kill anyone (although I must confess the instructor seemed visibly paler at the end than he did at the beginning) or break anything. The weather was great, the birthday dinner excellent, and a good time was had by all--well, by me, but whose birthday was it, after all?

from the park. This saddened me for, had the beast managed to get to Trenton and into the statehouse, it would have been permanently free. Who could possibly distinguish a fugitive baboon from the rest of the legislators? It could have had a long and happy life as well as at least one pension.

And on the occasion of his 2022 birthday, he scribed this:

Thanks for the birthday greetings which find both of us above grade.

No need to update your page, but there is news. Sandy and I have moved to Ohio, driven by both arthritis which made our New Jersey house more of a challenge than we felt like dealing with and pressure from our two somewhat bossy daughters (the younger one drew the short straw, so we're living within mere blocks of her). The new address is [redacted] and the new landline home phone is [redacted]. My email address and cell phone remain the same, but my office phone number no longer exists; it (like the Mel Gibson character in The Road Warrior) lives today only in my memory.

I even have an Ohio driver license, and thereby hangs a tale. As part of the process of getting that license, I had to hand in my New Jersey license; it was handed back to me with the word “OHIO” perforated into its surface, as if a thousand spear-points had been driven through its heart to kill it, like early hominids (nasty little creatures that they were) taking the life of an unlucky mammoth. From that moment on New Jersey became a fast-fading image in my mental rear view mirror. Even now, I feel a strange craving to order take-out pizza with tuna fish as a topping...

Henry approved the posting of the above, with this interchange (of which the world should not be deprived):

Unless you object I’ll update the page anyway (redacting contact information) to deepen your footprint upon the world.

Best to you and Sandy,

Update away! The world should- indeed, must- hear my voice. Thanks in advance for furthering the gospel...