Our analysis begins with one of the New Jersey expungement statutes, N.J.S. 2C:52-27, “Effect of Expungement.” With specific exceptions, that statute states that “... the arrest, conviction and any proceedings related thereto shall be deemed not to have occurred, and the petitioner may answer any questions relating to their occurrence accordingly...”. However, N.J.S. 2C:52-27 begins with the words, “Unless otherwise provided by law...” So the first question is, whose law? New Jersey law? California law? Federal law? Was the New Jersey Legislature trying to say that other states can require divulgence of information that clearly the expungement would shield if the question were governed by New Jersey law? And must California even care about what the New Jersey Legislature may have been “trying” to say?

If the intent of N.J.S. 2C:52-27 was to allow you to deny the expunged matter on your California application, another issue then arises. Article IV, Section 1, of the United States Constitution requires states to afford “full faith and credit” to decisions of courts of other states. This Constitutional requirement is implemented by Title 28, Section 1738, of the United States Code. Expungement of a New Jersey offense is a decision of a New Jersey court. Thus it would seem that other states should recognize the expungement and give it the same effect that it would have in New Jersey.

Unfortunately, it does not always work that way in practice. Public agencies in several states instruct applicants for professional licenses to divulge prior criminal matters, even when those matters were expunged in the state in which they arose. These requirements are specified in the statutes of those other states. Section 44009 of the California Education Code considers prior criminal convictions regardless of the subsequent history of those offenses. The California Commission on Teacher Credentialing specifically requires information concerning past convictions, even after those convictions are expunged. A page on the site of the Medical Board of California discusses this issue in the context of applications for licensure in the medical field. Florida Statute 943.0585(4)(b) permits denial under oath of events expunged under Florida law, but is silent as to events expunged under the laws of other jurisdictions. 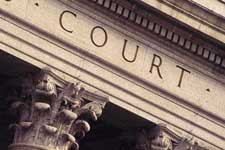 The United States Supreme Court has never ruled on whether such practices violate the Full Faith and Credit Clause. One United States Court of Appeals did. The Fifth Circuit held that such practices are legal. White v. Thomas, 660 F.2d 680, 685 (5th Cir., 1981), cert. den., 455 U.S. 1027 (1982), held that Texas requiring information concerning an out-of-state matter that was expunged does not violate Full Faith and Credit because Texas is not required to conform its practices to the law of other states. In the federal arena, this issue has been resolved only in the Fifth Circuit. We provide a constitutional analysis of this issue on still another page on this site.

Expungement Lawyers in New Jersey™ deplore what to now has been the prevailing treatment of this issue. However, barring a better reasoned decision in any particular location, the safer course might be to divulge the prior criminal history, even though expunged in New Jersey. Issues such as these should be presented to lawyers licensed to practice in the specific jurisdiction in question.